The School of Modern Languages, Literatures and Cultures Film Club

Invites you to our FREE fortnightly film screenings on Wednesdays at 5pm.

Each film will be preceded by a brief introduction from a member from the School’s staff.

These screenings are held at Arts Building Lecture Theatre 3, Royal Holloway, University of London, Egham, TW20 0EX and are open to the local community as well as students and staff, with school parties especially welcome to attend. 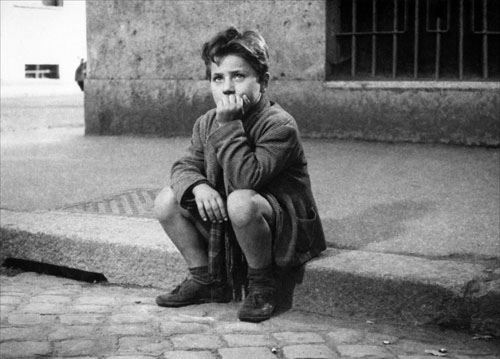 14 October
Tomboy
Presented by Dr Emily Salines (French)
A 10-year old transgender boy moves to a new neighbourhood
with his family. He introduces himself as a boy for the first time
to new friends
Dir. Céline Sciamma (2011), 84 min, (U)

28 October
La Haine
Presented by Avril Tynan (French)
24 hours in the lives of three young men in the French suburbs
the day after a violent riot
Dir. Mathieu Kassovitz (1995), 98 min, (15)

25 November
Shoeshine (Sciuscià)
Presented by Dr Fabrizio De Donno (Italian)
Two shoeshine boys in postwar Rome save up to buy a horse,
but their involvement as dupes in a burglary lands them in
juvenile prison where the experience take a devastating toll on
their friendship
Dir. Vittorio De Sica (1946), 93 min, (12)

13 January
Untouchable (Intouchables)
Presented by Dr Hannah Thompson (French)
After he becomes a quadriplegic from a paragliding accident,
an aristocrat hires a young man from the projects to be his
caregiver
Dir. Olivier Nakache and Eric Toledano (2011), 112 min, (15)

10 February
Amélie (Le Fabuleux destin d’Amélie Poulain)
Presented by Dr Ruth Cruickshank (French)
Amelie is an innocent and naive girl in Paris with her own sense
of justice. She decides to help those around her and, along the
way, discovers love
Dir. Jean-Pierre Jeunet (2001), 122 min, (15)

24 February
The Orphanage (El orfanato)
Presented by Dr Sarah Wright (Hispanic Studies)
A woman brings her family back to her childhood home, which
used to be an orphanage for handicapped children. Before
long, her son starts to communicate with an invisible new
friend.
Dir. J.A. Bayona (2007), 105 min, (15)